If the world wants more Latinity, we are ready to serve and surprise with delicious experiences.

The largest biome is our home. Founded in Brazil and with business units installed in the most strategic countries in Latin America, Duas Rodas has a global business vision with highly local expertise. Cultural diversity and a deep understanding of the habits and desires of consumers in the region are in the company's DNA and are translated daily into the development of its ingredients. Duas Rodas is well positioned to deliver the perfect flavor in a wide portfolio with more than 3 thousand items for the Flavors, Foodservice and Animal Nutrition markets, with the differential of being strategically located in the largest biome in the world and deeply understanding the potential of Latin culture and how it can contribute to creating remarkable sensory experiences. Latin culture and flavors, a world of innovative ingredients to explore. 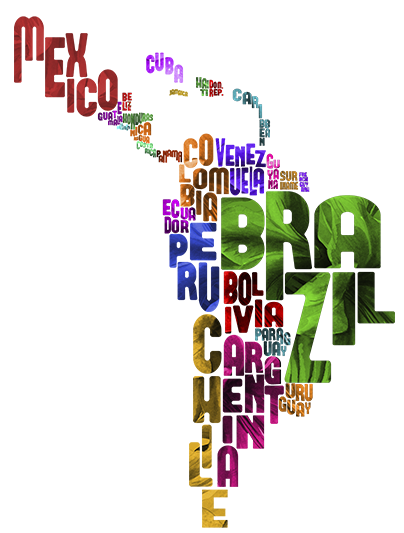 Pioneers in extracting essential oils, we are the largest flavor house in Brazil. With more than 9 decades of success in the world of flavors, Duas Rodas was founded in 1925 by husband and wife, the German immigrants Hildegard and Rudolph Hufenüssler, in Santa Catarina. A history of creativity, innovation and passion, built on the dream of doing something different. And propelled by the courage to always overcome challenges with an eye on the future.

We have seven production units, seven applied research centers and the Innovation Center. Present throughout Latin America and dozens of other countries, we serve more than 10,000 customers with a portfolio of more than 3,000 ingredients for the food and beverage industries, such as flavors, ice cream products, condiments, additives, chocolates, extracts, dehydrated products and confectionery, and solutions for the animal nutrition industry.

Origin of insignia and name

The coat of arms of the German city of Mainz, the founders' home town, has been present in our company's history since the beginning. And it was the inspiration for its name, starting in the 1990s, when it stopped being Indústrias Reunidas Jaraguá S.A. and started being Duas Rodas (Two Wheels) Industrial Ltda.

Promote the success of our customers, by giving them recognized quality ingredients and unique technical and commercial attention, creating value for shareholders, employees and partners, building lasting relationships.

Be globally recognized as a high performance, efficient and sustainable company, in order to achieve the highest growth indices in our history.

Coming from Mainz, Germany, the chemist-pharmacist Rudolph Hufenüssler and the physician Hildegard Hufenüssler install the natural extract and essences factory in Jaraguá do Sul.

FIRST SALES TO THE FOREIGN MARKET

Ten years after its founding, the company begins exporting products to Uruguay.

Orange and tangerine juice and oils are the first products sent to Europe. Starch factory is constructed and Indústrias Reunidas Jaraguá S.A. is created.

Brand that symbolizes the beginning of emulsifier production, which now leads Brazil for ice cream additives.

In the 60s and 70s, the company is selling products directly to final consumers.

Commemoration of a successful enterprise.

On May 15th, Indústria Reunidas S.A. official becomes Duas Rodas Industrial, a brand name by which the products were already known.

With a more spacious and modern environment, the company inaugurates a new delivery system and a new distillery.

Acquisition consolidates presence in Chile, with a factory in Santiago.

Inauguration of the CTA, at the Duas Rodas Head Office, marks the company's 75 years.

UNIT IN THE NORTHEAST

Installation of a factory in Colombia, and consolidation of application laboratories and local commercial teams in Campinas/SP, Peru and Mexico.

Implementation of the factory in Manaus.

At 85 years of age, the company reorganizes and improves its leadership.

Inauguration of the new facilities of the Duas Rodas unit located in Garín, Buenos Aires.

Inauguration of the new facilities of the Duas Rodas unit located in Santiago.